Back 4 Blood is a cooperative first-person shooter developed in the workshop of Left 4 Dead creators. Your goal will be to co-up with 3 other players and fight through tons of furious creatures. Just like you, they used to be regular humans before the virus got in their blood and caused a transformation into scary and devastating monsters. Now it is your time to survive and prevent contaminated creatures from eradicating the rest of humanity. The game requires its players to work in a team becoming one force to fight out the land of undying. Choose your character and find the necessary weapons to reach mission success. There is also Competitive mode, allowing the players to engage in PVP battles as a challenged survivor or deranged monster eager to crash anything located in front. Both sides will be given unique weapons as well as abilities to stand up against each other. So make sure you buckle up your dream team and descend into the land of blood and insanity driven by never-ending fights.

Developed and published by Ubisoft, Far Cry 6 is a first-person shooter and also the 6th installment of the entire Far Cry series. In all iconic traditions, the game is saturated with lots of beauty along with the excitement of exploring the plot. The newly-developed chapter brings its players to dive into a world of a fictional island named “Yara”. As a player, you will be taking the role of Dani Rojas, a rebel whose goal is to save her or his homeland that has been continuously terrorized by the dictator known as Anton Castillo. He and his young son Diego are aspired to seed their bloody morals and norms into the nation in spite of any sacrifices it takes. After getting fed up with the brutal regime of Castillo’s ruling, Dani makes a decision to join the partisan movement named Libertad to confront the terror together. A variety of weapons, as well as specially trained pets, will help you fulfill the goal and dismantle Anton’s regime with other guerillas. There is also an option to co-op with a friend and progress through the storyline of Far Cry 6 together.

If you remember collecting those iconic cars back in the day, then HOT WHEELS UNLEASHED™ would be a great game to make you drop a tear of nostalgia. Developed and published by Milestone S.r.l., HOT WHEELS UNLEASHED™ is an arcade racing videogame bringing the famous experience of finger-size cars into a virtual world. It allows you to build your own collection of racing vehicles to fly through the tracks with a friend in a split-screen regime or against 12 other contenders fighting for the champion spot. Players are also allowed to spice a bunch of creativity into customizing their own tracks to increase the challenge of racing. Add classic “orange lanes”, loops, special boosters, and other elements to turn your track into an actual rollercoaster. The game is also not too shy about the graphical part. Developers tried their best to draw each car in detail making the tangible experience even more thrilling.

Developed by EA Canada and published by Electronic Arts, FIFA 22 is the 29th installment of the entire FIFA series. It brings an already familiar, yet new experience with some graphic improvements and innovative gameplay changes. As always, the football classic offers its players to share the joy of lovely sport with 17,000 players, 700 teams, 90 stadiums, and 30+ leagues gathered from the entire world to your disposal. Developers have kept the tradition of 3 most popular playing regimes – Career Mode, Ultimate Team, and VOLTA Football, which are already known to players. All of them have held their part in the FIFA universe whilst building your dream roster to conquer the top of European football. There is also a new technology called Hypermotion Technology, which helps FIFA 22 capture the traits of real-world footballers and copy them into the game. This feature will be only available for Xbox Series X/S, PlayStation 5, and Google Stadia. Overall, FIFA 22 is another exciting and next-to-real football simulator to play alone or with friends. At this point, FIFA 22 can be officially launched on Microsoft Windows, Nintendo Switch, PlayStation 4, Xbox One, and three more we mentioned above. It is less likely any FIFA chapter will ever get support for macOS. Despite this is a shame, we are having some methods to share and launch it on Mac regardless. Learn them below.

Previously known as PES, eFootball™ 2022 is one of the latest football simulators that tugs its players into a world of electronic football matches. The game positions itself as a new era of digital football with revamped graphics and gaming mechanics. Although this can be argued by some, the game promises to give a more realistic and submersible experience whilst controlling the ball and clashing in 1-on-1 duels against other contenders. Also, eFootball™ 2022 was built on a completely new engine, which helped its developers fulfill new experiences without previously existing boundaries. You can set up your dream team from favorite players and coaches from the most popular football clubs to score victories on tournaments against AI and real people. The game is cross-platform and currently available to play on PlayStation®5, PlayStation®4, Xbox Series X, Xbox Series S, Xbox One, Windows 10, iOS, and Android operating systems. If you want to launch eFootball™ 2022 on Mac, then you got to the right page. Below, we will show you the ways to do it.

FEMAP (Finite Element Modeling And Postprocessing) is a simulation application for the production of different complex systems and elements. This engineering software, also called a CAE, created by Siemens Digital Industries Software has powerful analysis capabilities for prototyping and testing. Software is multilanguage and free for students. Simcenter Femap runs on Windows 7, Windows 8, and Windows 10. If you wish to run it on Mac, please read our article below.

ProfiCAD is a wiring diagram software. The main purpose of such software is a drawing of different circuits. ProfiCAD has a huge library of elements and symbols: semiconductors, cables, switches, etc. All elements a divided into different groups with easy navigation. Software is multilanguage and can read some files with diagrams from others apps. Some universities choose ProfiCAD as an easy and free product for studying.

Creo is a powerful CAD software, that helps to plan, design, and visualize all assets of different buildings. Creo has all modern functions and tools for generative design, work sharing, visualization, etc. Despite inexperienced users often find Creo a little difficult to navigate, the advantages of this product design tool are apparent: wide range of capabilities from simulation to computer-aided manufacturing and product data management. Such giants as Toyota, Volkswagen Group, Airbus, NASA, Boeing uses Creo nowadays. Unfortunately, Creo has only Windows distributive, so if you wish to run Creo on your Mac or MacBook, it’s not so easy as usual. You should run emulators or whole Windows on your Mac. If you want to know, how to do it, please read our article below.

Does it exist 3Ds Max for Mac? Previously known as 3dStudio MAX, 3DS Max is a professional 3D-modelling, animation, and visualization software meant for game…

Traditionally, Mac is not known that much for its gaming capacity. Many high-graphic games are only released for systems like Windows, Play Station, and Xbox as well. However, apart from this, a range of people willing to take their hands at Android-based content is also present. If you are an Apple-rounded person or just wanting to stream Android apps onto a big screen, using our instructions will be an option to run them on Mac. Moreover, when it comes to convenience, playing smartphone games on PCs is way easier because you can involve both mouse and keyboard at the same time. Although it might be unfair when playing online games, this is one of the treats that is hard to ignore. All the steps applied to Mac are also viable for Windows systems, so this guide can be considered versatile for all users.

Most people are worried about the new Ubisoft issue that pops up when using Ubisoft services. Usually, it happens when people are trying to launch the Ubisoft Connect client or play a game from Ubisoft Connect. The error spread quickly over the internet baffling people on finding ways to solve it. Alike Steam and many other libraries, Ubisoft Connect is a place for storing and playing games. Unfortunately, due to the error, some people have been experiencing a hiccup to play video games. The emerging problem states a message like “A Ubisoft service is not available at the moment” preventing users from moving further off this. Although there are official solutions posted by the Ubisoft team, they may be complex to understand, especially for raw users. This is why we have prepared this guide to provide clear, and efficient steps for resolving the issue.

Mac has always been oriented towards business-class people. Combining both swiftness and the art of beauty, Apple has made Mac the most appealing product on the market shelf. It can be proud of the high-tier performance in such areas like video editing and programming, yet remains neglected with video games. Of course, Windows has been the ultimate winner in this battle receiving all games first place, but is there any way to push the boundaries and start playing on Mac regardless? Indeed, current technologies made it possible to turn the corner and project most programs including video games to incompatible systems. Below, we will break down the most effective and suitable ways to transform your Mac into a gaming machine and squeeze out the best experience you could ever imagine.

How to play Dead by Daylight on Mac

How to play Genshin Impact on Mac

How to play It Takes Two on Mac

How to play Call of Duty: Warzone on Mac

How to play Mass Effect: Legendary Edition on Mac

How to run Microsoft Flight Simulator on Mac 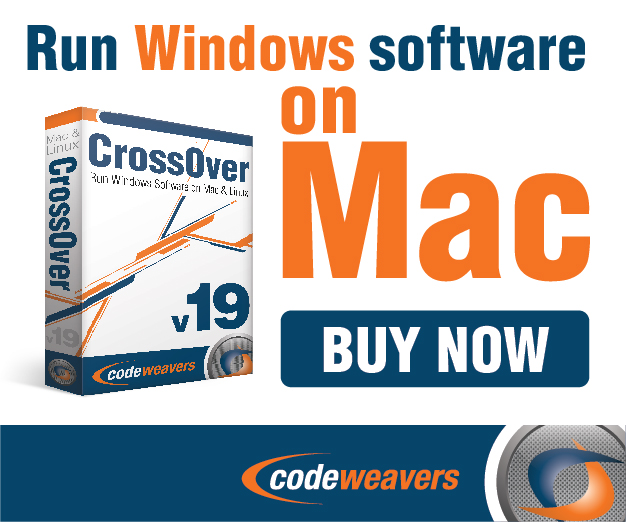